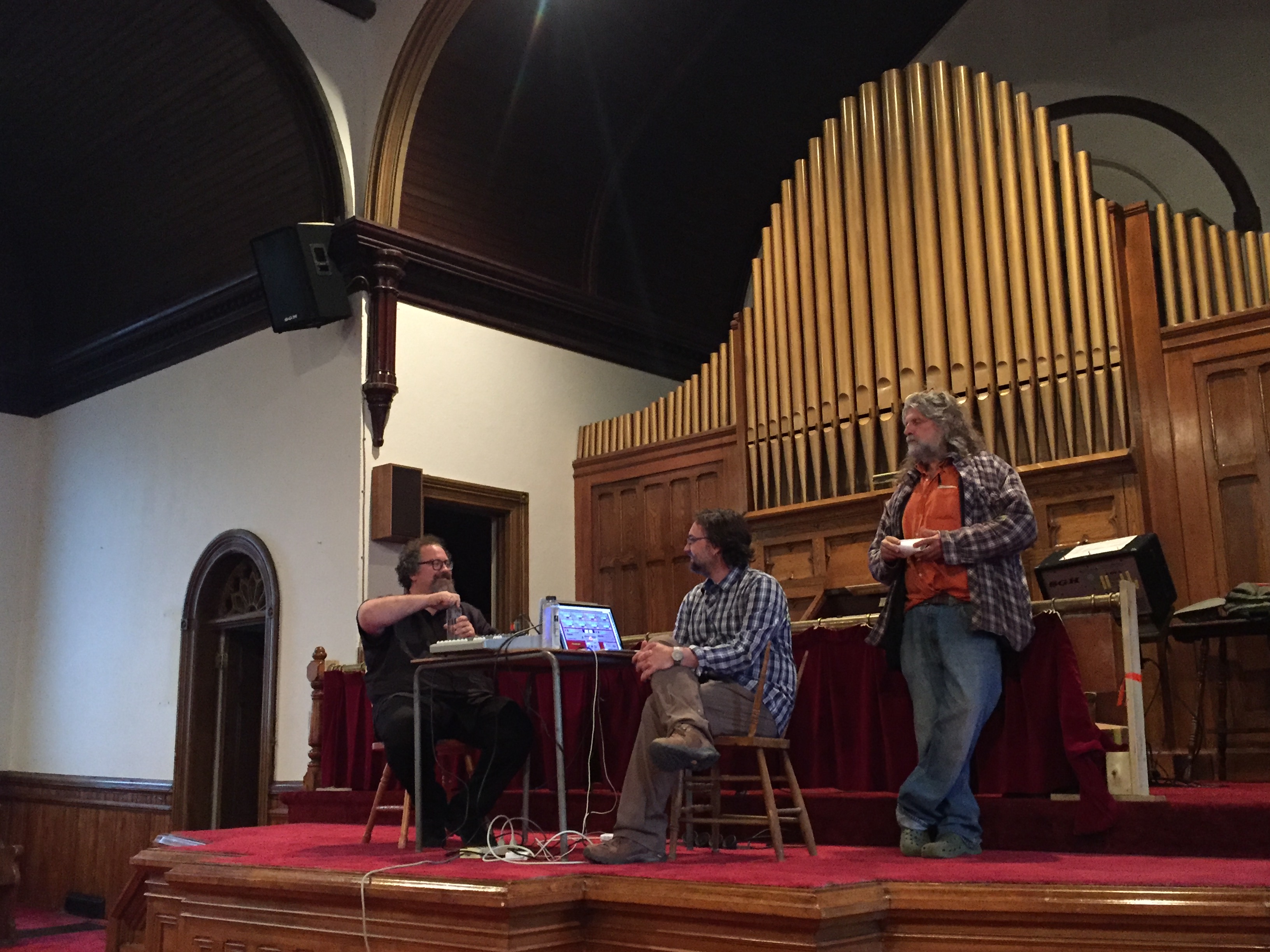 Had a great evening at the Evidence performance on July 27!

It was a real treat to hear Stephan and Scott again, and especially so since this was the first-ever in the new Nonesuch Centre for the Performing Arts.

It became readily apparent that these two musicians have worked together for some time – but I didn’t realize how long it’s been until that night. 17 years! A real testament to their friendship, and the way their respective practices as sound artists and composers complement one another.

I found it interesting too that the each use completely different software for working with the field recordings they use in live performance. As Stephan pointed out to me after the concert, they think differently, and so they’re each designed their workspaces/software in the way that best suits each of them. Made perfect sense, but for some reason it hadn’t occurred to me … and are what they did together even more remarkable somehow, for the seamlessness and symbiosis between them in performance.

I also (despite Stephan’s advice to the contrary) found myself watching the two of them as much as I spent time with my eyes closed, immersed in the soundscape they were creating. Their concentration, and the deep attentiveness they paid to one another and to the improvisational work that developed between them was a fantastic lesson in presence, and in how much we ‘forget to hear’ or simply ‘tune out’ in daily living. Admittedly, often with good reason – there’s not a little white noise to filter just to stay sane these days! But nonetheless – we also miss many amazing little moments through inattention.

And after the concert, there was a happy and unexpected bonus: a great post-performance Q&A session with the audience! Lovely to hear the feedback from several in attendance – there were many insightful, thoughtful questions and comments, which I’m sure was rewarding for Stephan and Scott. Always nice to know that your work has provoked thought and generated interesting connections and ideas for people!

A great night overall, and in a really beautiful space.

Just sorry that Stephan had to leave us to go back to Chicago so soon. I’m hoping he’ll be back sooner rather than later!