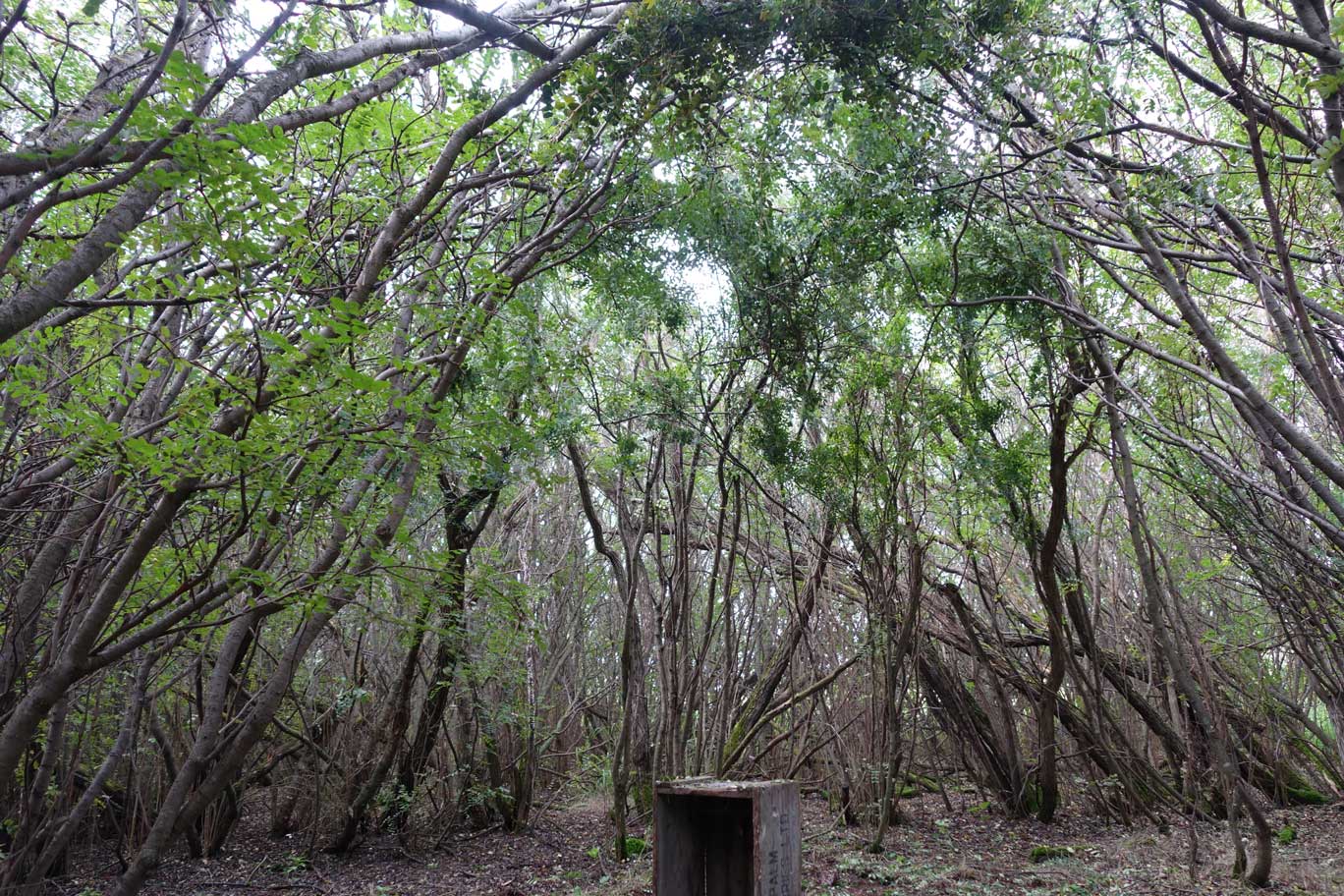 After a two-year hiatus due to numerous scheduling conflicts, I was at last able to revisit an ongoing project this weekend – one that is dear to my heart.

Spent an all-too-brief 24 hours out near Smoky Lake on “The Farm,” working on getting reacquainted with Make:Believe. I’ve written about this project several times, as it’s developed: 2011,  a  and several times in 2013 (1) (2) (3) … and every time I have the opportunity to work on this installation, I learn more.

It was fascinating to come back to this work, to begin the dialogue with it again. I had so many questions – I didn’t know what I would find, or even how to gauge the “success” of the work after being away from it for two years. We also spent some time on Friday night revisiting the original proposal and ideas around the work, to see if the still rung true.

The work was at least partially as I expected it – but it did need some serious attention. After so long, some of the branches had ‘sprung’ from their places the weaving, as they were held in place with linen cord, which had rotted away in place.  So I had some weaving to do!

Fortunately, the tunnels between the spaces were in pretty good shape, so there wasn’t too much that had to be done there ….

But I also wanted to add to the work on this trip, so I started in on a new tunnel and a couple of new spaces.

It was amazing to see the new height on much of the caragana after the time away – which made some of the new construction really quite easy. The extra reach afforded by the new growth allowed me to quickly connect and weave branches that I wasn’t able to before, without the need of cord to hold them. Remains to be seen if this is a more effective method of working than tying things together, but it felt really satisfying to be able to just work with the branches with no cord at all.

It had been so damp from the rain, there were mushrooms and fungus of all sorts everywhere in the stand! Made me think I was working in a Fairy Ring!

I was really happy with the results of the work out there, and I’m hopeful that I will be able to get out to the site a couple of times this autumn to continue expanding the project. I also set up a motion-triggered camera in the installation, which I am hoping will begin to capture the movements of animals though the spaces. When people aren’t around, it’s apparent that they use the spaces and tunnels between them to move from one part of the farm to another – so with a little luck, I’ll have a record of these travellers, just as they have something of a record of me in the place.

It’s good to pick up the conversation here. A quiet and productive time in a place that feels like it remembers me.

One thought on “Making Believe, Once Again”